15 chemicals to avoid in cosmetics, toiletries and personal care products

15 chemicals to avoid in cosmetics, toiletries and personal care products

Most people think that dangerous environmental toxins surround them outside the home, when the reverse is true. All research studies point to one clear conclusion – your home is the biggest environmental hazard to your good health.

Several of the compounds below are known carcinogens; some are xenoestrogens or cumulative mimics of cancer-causing oestrogen; others have been linked to nervous disorders, palpitations and mood changes. Such ’environmental toxins’ have been linked to heart attacks, strokes and cardiovascular problems. Many damage the fragile microbiome in your gut which controls 85 per cent of your immune system and makes B vitamins and anti-inflammatory compounds essential to your good health.

So it’s time to build yourself your own cocoon – your own micro-environment in the safety of your own home where you can ’live clean’.

So chuck out the offenders, look before you buy and invest in safer ’toxin-free’ alternatives. Don’t just choose some company leaving out 6 or 26 or 56 chemicals of concern. EuroMPs voted to remove more than one thousand chemicals from everyday products – that’s how big the problem is! (Their decision was vetoed by a non-elected commissioner – but that’s another story!)

A known Class A carcinogen it is used as a disinfectant, fixative, germicide and preservative in a wide variety of products from deodorants to liquid soaps, and from nail varnish to shampoos. Also known as formalin, formal and methyl aldehyde, it has been linked in research to lung cancer and leukaemia. It can also be sourced from chipboard and ceiling and floor tile glues. It can damage DNA, irritate the eyes, upper respiratory tract and mucous membrane, and may cause asthma and headaches. It is banned in Japan and Sweden.
2: Parabens
Listed as alkyl parahydroxy benzoates -butyl/methyl/ethyl/ propyl/ isobutyl parabens on products such as some toothpastes, moisturizers and deodorants. They are used as a preservative but, like phthalates, can act as oestrogen mimics. Research suggests that mimics can increase levels of active oestrogens in the body – oestrogen lies behind many cancers like breast cancer, testicular cancer, colon and prostate cancer. Xenoestrogens, as these chemical oestrogens are termed, have also been linked to reductions in sperm count.

The World Health Organisation has recommended all governments ban these today. That was in 2013. Nothing has happened.
i) Phthalates

Sometimes referred to as “gender benders”, these are a family of industrial plasticisers already banned in the EU from being used in plastic toys, but still widely found in plastic bottles and plastic cups. If the contents is heated, the heat can further denature the plastic causing a greater release – forever.  Phthalates can be absorbed through the skin, inhaled as fumes and ingested in liquids and contaminated food, and even via breastfeeding. They are xenoestrogens, or oestrogen mimics. They can be found in shampoos, shower gels, and even your posh mountain fresh water bottles. Also found in hairsprays, top-selling perfumes and nail varnishes. Animal studies have shown they can damage the liver, kidneys, lungs and reproductive system -especially developing testes.

They are banned in the EU from being used in plastic toys,
but are still in toiletries

ii) Bisphenol A
Found in plastics, the white linings inside cans, and babies bottles. Recent Canadian research turned BPA up in cans of fizzy soft drinks too. Banned in Canada, and in toys for the under 3’s in California, BPA is another plastic-based oestrogen mimic (a xenoestrogen).
4: Sodium Lauryl Sulphate (SLS)

is one of the ingredients in many a shampoo, bubble bath, liquid soap etc. Why, when it is a known skin irritant, stops hair growth, can cause cataracts in adults, damage children’s eye development and cause urinary tract infection?

Because its cheap and produces lots of bubbles when mixed with salt. Hardly compensation!Sodium Laureth Ether Sulphate (SLES) is a slightly less irritant form of SLS, but may cause more drying. Both can lead to potentially carcinogenic cocktails of nitrites and dioxins forming in shampoos and cleansers, by reacting with other ingredients. SLS actually increases the permeability of the skin by about 40 per cent. Skin is not a barrier – it’s a carrier. If anyone tells you otherwise, ask them how HRT and nicotine patches work? 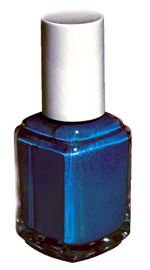 is a common solvent found in nail enamels, hair gels, hair spray, and perfumes. It is a neurotoxin and oestrogen mimic and can damage the liver, disrupt the endocrine system and cause asthma.

In America toothpaste labels clearly warn about fluoride use.  Consider carefully this warning: As in all fluoride toothpastes, keep out of the reach of children under 6 years of age. If you accidentally swallow more than used for brushing, seek professional assistance or contact a Poison Control Centre immediately. Fluoride is even added to mouthwash. It probably does no good at all if you are over 35 and the FDA has stated that it should be avoided by pregnant women. Some states in America have started banning fluoride from water supplies. The ingredient used is most usually Sodium Fluoride – also used as rat poison.

Recent research from Australia linked alcohol-based mouthwashes to higher rates of mouth, tongue and throat cancer. (These cancer are on the increase particularly in 40-something adults). Smokers and people who drank alcohol as well as using these mouthwashes had 3 to 5 times higher rates of these cancers. ’Should be banned’, was the researchers conclusion.
8: Propylene Glycol

is a cosmetic form of mineral oil (refined crude oil) used in industrial anti-freeze. People handling it are warned by the manufacturer to avoid skin contact and wear respirators and rubber gloves etc, and yet this is a major ingredient in most moisturizers, skin creams, baby wipes and sun screens. Why?

Its cheap and gives the “glide” factor in body lotions – but is in fact robbing lower layers of skin of moisture. Lanolin and collagen can also clog pores and cause skin to age faster than if nothing was used.

Is recognized as carcinogenic and has been linked to an increased risk of ovarian and endometrial cancer and general urinary tract disorders. Johnson and Johnson were fined in 2016 a staggering $72 million by a court that linked talc to ovarian cancer and death. On some baby powder tins it actually says, “Do not use near mouth or nose”! The distant cousin of asbestos, so dont dust it on your babies, or anyone else’s, bottom! And certainly not near your mouth and nose – of course it is in make-up face packs and ’powder puffs’.
10: Parfum/perfume

A typical cosmetic can contain up to 150 chemicals in the perfume alone! 95 per cent of these chemicals are synthetic compounds derived from petroleum – 26 of which are on an EU hit list. In one study 15 out of the 100 ingredients identified were xenoestrogens. Fragrances have been linked to allergies and breathing difficulties and they penetrate the skin. The ingredients do not legally have to be declared. Avoid all skin contact with fragrances.
11: Xylene

Is also listed, for example, as xytol or dimethylbenzene on nail varnish bottles. It can damage your liver, is narcotic in high concentrations and causes skin and respiratory tract irritation.
12: Di-ethanolamine

Ans also Tri- and Mono- (DEA, TEA and MEA) are absorbed through skin where they accumulate. If found in products also containing nitrates, they react and form nitrosamines, which are carcinogenic.

Is found in many skin creams, skin lotions and sunscreens. There is a growing body of research expressing concern that, far from helping with skin damage or protecting against sunburn, this either pre-sensitizes the skin to the harmful effects of Ultra Violet rays in sunshine or is actually carcinogenic where in sunlight! The FDA is reviewing concerns that this may actually cause more skin cancers! They are reviewing another sun cream ingredient, oxybenzone, too.
14: Triclosan

Sometimes listed as 5-chloro-2 (2,4-dichlorophenoxy) phenol, is an antibacterial agent in deodorants, toothpastes, vaginal washes and mouthwashes. Toxic dioxins are produced during its manufacture or incineration. It is stored in breast milk and in fish, and can break down in water to create a member of the dioxin family, a proven carcinogen. Research has shown it can cause muscle damage.
15: Paraphenylenediamine

Or PPD is used in dark hair dyes. Tests on rats have shown that PPD may cause cancer, after long-term use with hydrogen peroxide. Now look at the next ingredient in the list on your pack at home! It has been implicated in numerous bladder cancer cases in California. The perfect excuse to go blonde?

While we are on this subject, research covered in Cancer Watch following the normal lives of young people over a couple of weeks showed that the two top toxins found to accumulate in our bodies wereformaldehyde and dichlorobenzene. And this occurs whether we live in cities or in the countryside. Why? Because both of these toxins are predominantly found ’in-home’. (Dichlorobenzene is in many of those supposedly nice smelling things people freshen their toilets, carpets and rooms with – perhaps this should be the 16th toxin!)